Killua Zoldyck (キルア゠ゾルディック, Kirua Zorudikku) is the third child of Silva and Kikyo Zoldyck and the heir of the Zoldyck Family, until he runs away from home and becomes a Rookie Hunter. He is the best friend of Gon Freecss and is currently traveling with Alluka Zoldyck. 1 Appearance 2 Personality 3 Background 4 Plot 4.1 Hunter Exam arc 4.1.1 First Phase 4.1.2 Second Phase 4.

Author has written 3 stories for NiGHTS, Pokémon, and My Little Pony.

I identify as non-binary and asexual. While I'm asexual in the real world, having crushes on fictional and anthro characters makes me identify as bisexual and pansexual in the fantasy world.

My style of writing fan fictions defies the tropes of classic literature and breaks the stereotypes of modern society. That means no damsel in distress, no Disney clichés, no adversity, no sexism, no racism, no traditional/specified gender norms, no labeling, no double standards, no toxic masculinity, and absolutely no LGBTQIA discrimination.

5. Sidon (The Legend of Zelda: Breath of the Wild)

7. Sisu (Raya and the Last Dragon) 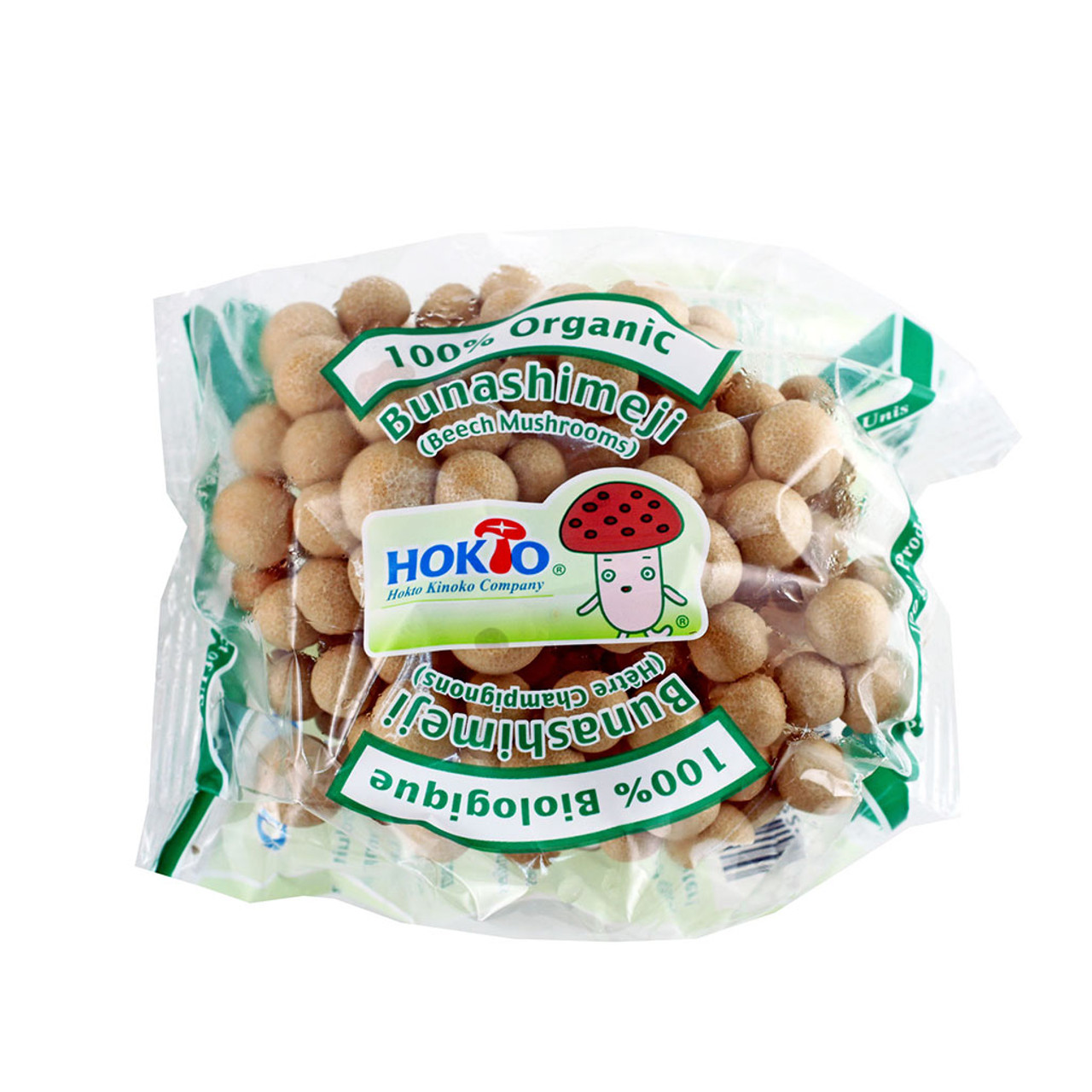 Hates/Dislikes (including reasons why I hate them):

Team Rocket - They're a huge pathetic excuse who appear in almost every episode messing up the characters just to kidnap Pikachu.

Justin Bieber - Each and every anti-Bieber can relate to this. He's famous for causing a lot of legal issues, a bad influence to the younger generation, the most disliked song on YouTube, and the most annoying celebrity in the world.

Pitbull - He makes songs worse by being a featured artist when in fact that the original versions are already as good as it is.

One Direction - Cheesy music and lyrics and they're only adored for their good looks. Last time, I sent a playlist in Channel [V] containing songs by new artists who are never heard before but all that [V] keeps playing is 1D, so fucking annoying.

Nicki Minaj - Too much booty in her Anaconda video and the worst rapper and stupidest hoe ever, along with Iggy Azalea.

Simon Cowell - He made a comment towards a contestant which led her to drug overdose after being ridiculed by millions just for that comment.

Julia Volkova - She's a homophobic hypocrite. She would condemn a gay son and only supports lesbians.

Natalia Kills - Nastiest X-Factor judge who thought it's a fashion show and ridiculed a contestant for 'copying' Willy Moon's appearance.

Robin Thicke - Objectifying and disrespecting women in the song Blurred Lines, along with the video.

Meghan Trainor - Anti-feminist lyrics in All About That Bass and sexist lyrics in Dear Future Husband, as well as gender stereotyping in the video. 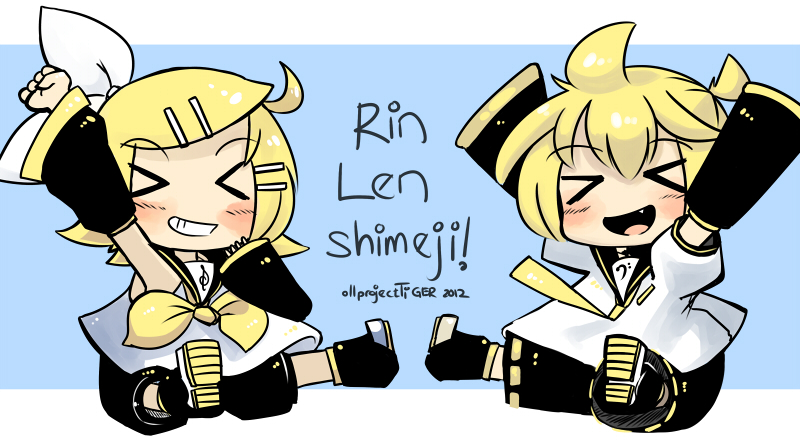 MAGIC! - Rude is one of the worst songs of 2014. The lyrics are hypocritical and the genre sounds horribly wrong.

Jason Derulo - He ripped off Imogen Heap's Hide and Seek and pass it as his own. Talentless hack!

PSY - I can't stand Gangnam Style and Gentleman, it's hurting my ears a million times. Plus, the choreography is bland and dull.

The Chainsmokers - Egotistical assholes who ruined the true sound of dance music. Hope that they die a tragic death ASAP!

Taylor Swift - Always playing the victim and not making peace with her past and move the fuck on. Her ideology sucks ass!

XXXTentacion - Brash and violent punk who should be in jail forever for raising his hand against his pregnant girlfriend.

Ed Sheeran - Overrated ginger who should stay away from the charts due to his songs being overplayed countless times. Shape of You is the fucking worst song in his career.

Maroon 5 - They have become complete sellouts and ran out of ideas by ripping off Sexual by NEIKED ft. Dyo.

Katy Perry - She gave an unwanted kiss to a male American Idol contestant, which is considered sexual assault. Also, bitch is becoming unoriginal as fuck by ripping off Love You Like That by Dagny.

Lil Pump - Another manufactured scumbag of a rapper that should be thrown in the incinerator.

6ix9ine - Ugly and disgusting pedophile who should be in prison forever.

Bhad Bhabie - Horrible and talentless twat who has an attitude problem and should be disposed in the garbage bin.

Gordon Ramsay - He swears too much and mistreats people with his huge cussing temper.

Kim Kardashian - Talentless slut who is famous for being famous, also the wife of Kanye 'egomaniac asshole' West.

Donald Trump - Sexist, racist, and misogynistic son of a bitch. The worst part: he is the current President.

Mike Pence - The current VP who is the worst candidate for LGBTQ equality.

Vladimir Putin - He is the reason for Russia's sickening gay propaganda law.

Sam Pepper - His fake hand ass groping prank and killing best friend prank videos are revolting to watch that he deserves to be banned from YouTube-related events and should be removed from YouTube once and for all.

Jake Paul - Window licker known for terrorizing neighbours, creating fire hazards, pushing around girls, and a lot of dumb shit to the point of Disney firing him.

Logan Paul - Uploaded a video where he visited a suicide forest in Japan and filmed a dead body and laughed at it, instead of calling the police to remove the body and give a proper burial. He was also being massively retarded, ignorant, racist, and disrespectful in Japan, causing a lot of nonsensical and illegal trouble there.

Ricegum - He embarrassed a rape victim and was being extremely retarded, ignorant, racist, and disrespectful in Hong Kong.

Nicole Arbour - An abusive fucked-up psychopathic twat who physically and emotionally abused and manipulated Matthew Santoro, known for her videos of fatshaming, depression-dismissing, and unforgivable edit of This Is America.

Amber Heard - She abused Johnny Depp by shattering his finger with a vodka bottle and left bruises on his face.

The Amazing World of Gumball - Worst show in Cartoon Network, Gumball is sometimes stupid and douchey, Richard is the dumbest dumbass and a lazy slob.

Foster's Home For Imaginary Friends - Bloo is a troublemaker who makes things worse, Bendy gets away with things when it's obvious that he did something terrible and everyone witnessed.

Teen Titans Go! - Reincarnation of the original one that deserves to be forgotten.

PPG 2016 - Worst reboot due to Miss Bellum's removal, unnecessary meme references, twerking, hypocritical writing, a pedophilic writer who inserts himself as a character having a crush on Blossom, and transphobic episode Horn Sweet Horn.

Christina Miller - President of Cartoon Network who is responsible for spamming Teen Titans Go! 5 days a week. Her disrespectful tactic should have her replaced with someone who would treat other shows with fairness and respect.

Johnny Test - I heard a lot of people hating this show because he's a lame spoiled brat and is not a good role model to the younger generation.

SpongeBob SquarePants - The worst show in the entire planet. SpongeBob and Patrick are the most idiotic characters, Mr. Krabs is a huge cheapskate who doesn't care about others but money.

Dora The Explorer - 'I think you'll have to say it again' and 'Louder!', is it really necessary to scream? I can't even understand Spanish, if only there are English subtitles. Swiper, get the hell out or I'm going to shoot you with a shotgun!

Alvin & The Chipmunks - High-pitched squeaking that is a billion times irritating. Their covers of crappy mainstream hits sound way crappier than ever.

Oggy & The Cockroaches - It's everywhere in Disney Channel, Cartoon Network, and Nick. It just makes me want to throw the telly out of the fucking window.

Happy Tree Friends - Accidents and stupidity that lead to too much gore and violence.

The Human Centipede - A trillion times worse and nightmarish as fuck.

A Serbian Film - It has a lot of vomit-inducing and mentally-scarring scenes, I suffered from a headache after watching it for the first time.

Frozen - The most annoyingly overrated film Disney has ever made. The 'short film' Olaf's Frozen Adventure has made a lot of people angry when all they want to watch is Coco. Disney should stop shoving Frozen into everyone's face because not everyone is a fan of that stupid nonsensical bullshit.

Homophobic organizations and countries - I am appalled by this. As an LGBT ally, this is what truly upsets me.

Toxic Steven Universe fandom - They are the opposite of what the show is all about. They are extremely hostile and are known for harassing an artist and made more than 40 hurtful blogs about her that almost drove her to suicide.

Crappy EDM - #Selfies by The Chainsmokers, Turn Down For What by DJ Snake ft. Lil Jon, nothing's good on the radio anymore.

Overrated mainstream pop/R&B/hip-hop - Unoriginal songs about girls, relationships, money, sex, and drugs, no diversity and integrity at all. I would rather turn the radio off and enjoy the silence.

Anything country/latin/metal/reggae - These genres don't appeal to me at all.

Off-key singing - I feel really sorry for the people out there who are trying too hard in the karaoke machine.