FRP Bypass Android Nougat 7.0 to 7.1.1 2019, Removing Factory Reset Protection aka FRP lock from android devices is being very handy for us. We have provided many easy and free of cost workarounds to bypass FRP from many Android devices time-to-time.

I made a video of all the new features and the whole new design with nougat. If anybody is interested here you go. I know its the flat version but the firmwares are quite similar. Galaxy S6 Official Nougat 7.0 Update Detailed Review + Link - YouTube.

Android Lollipop 5 and Marshmallow 6 are way more easier when it comes to break the FRP lock. But when we talk about Android Nougat 7 or Android Oreo 8, things get difficult and more complicated.

With every new update from Android getting new security features and fixing the loopholes. That makes the device more secure as nobody wants their device to be stolen by someone with bypassed FRP lock.

Follow this step-by-step FRP bypassing tutorial in the video below:

1. You need a Bluetooth call receiver.

3. FRP BYPASS CODES dial this inside the DRParser Mode:

Below are the messages which i received from many users about missing “Create Contact” option while applying the previous bypass FRP lock method.

For Nougat there is no way to open “Contacts” while calling. Is there any workaround? Downgrading to Marshmallow is impossible. Thank you.

Hey mate,
on my Samsung S8+ (955U) there is no “Create Contact” during the call. Should I downgrade from Android 7.0 to 6.0 and try again?
Also should I use combination files for down/upgrading firmware or they are just for locked devices?

“Thanks for the tutorial man. I have an S7. My issue is I can’t create a contact. I can’t slide the screen and when I end call it doesn’t give the option to create contacts. Is there any other way to create one?”

“Dear Admin, thanks a lot for detailed guide.
However i have unique problem on device Samsung J510FN i have followed all steps successfully until call part.
I have managed to establish call but problem is that i don’t have option on screen to save nr. to contacts.

Actually only two options on post call screen are present “call” and ”video call”, everything else is white around and it doesn’t show any other option as it should be.
Do you have any ideas/experience what is problem here and how to solve it?
I appreciate any help!”

“Hello everybody!
I have tried this and other methods with Odin and Sidesync, but none of them worked for me.

I can get to the part where i call a number, but as soon as i hang up or end it the number stays on the screen for a second and the rest of the screen is empty, no create contact, nothing. I was wondering if i am doing something wrong and if there is a work around this problem of mine!”

Create Contact Option does not appear while bypassing FRP lock:

As I mentioned above, Android is fixing all the loopholes with their latest updates. Fortunately, we got a working guide for Android Nougat and Oreo users and we decided to post this on our website to help you out from this issue.

After having all these recommend items for this FREE guide. Follow the step-by-step tutorial to “bypass FRP from Android Nougat 7.0, 7.1, 7.1.1” from the video i posted above.

Using this guide will help you to completely remove and deactivate Factory Reset Protection inshort FRP from any android device.

On condition that you’re still facing any issues regarding this updated ‘method to bypass FRP from Android Nougat 7.x.x’. Feel free to comment below about the problem and we are here to help you out. 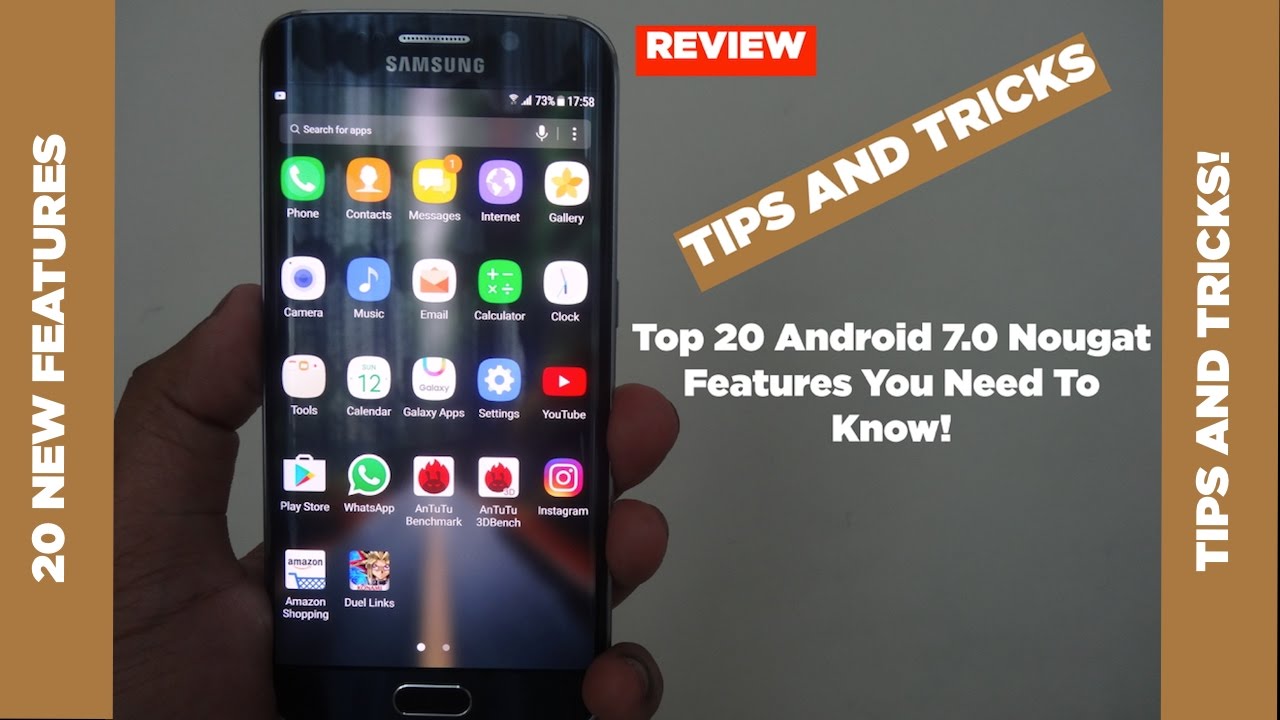 Receiving the update, and the Android 6.0.1 marshmallou rides the phone to Android 7.0 Nougat , and other users who are unable to see the update icon in the status bar, so In case they’ve been newly created they will be manually You can also check the “About Device” section.

To set up “About Device”, before updating, to set up the phone system system update, make sure that you’ve a steady wifi connection or internet in SIM, so that while updating progress There should be no disconnection.

Although network operators have not released a detailed changelog about the Nougat Build for their Galaxy S6 units, but new updates are expected to bring with many refinements, including general UI changes, updated multi-window implementation, new Settings, menu .

Despite the recent celebration of two full years of life, the Galaxy S6 is a great smartphone. On release in 2015, Galaxy S6 was finally appreciated for the transition to the classic metal and glass design by the creation of cheap plastic, which is Now, linked to the Samsung S flagship line.

So far, Samsung Galaxy S6 is a good tool for users, there is no major problem in the market, Samsung Galaxy S6, and the best part is that it’s now receiving Android 7.0 Nougat Updates, while the Moto X Play And the rest of the Motorola 6.0 version Android device, I don’t think so, Android 7.0 started receiving Nougat updates. Sharing is caringSo, Share it on Social Media