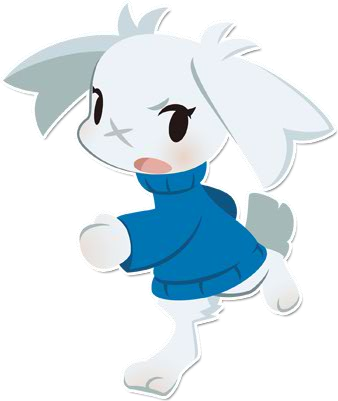 There are two kinds of great games, the ones that you delete from your hard drive after playing, and the ones that you want to keep forever. Cave Story (洞窟物語, or Doukutsu Monogatari), a free game of less than 1MB in size, is without a doubt the latter type.

Cave Story is a 2D Japanese side-scrolling platformer developed by Daisuke 'Pixel' Amaya of Studio Pixel. The game spent over five years in development, but after it was released at the end of 2004, it quickly caught the attention of Internet users and soon became extremely popular, receiving many praises from communities and publications of all sorts.

The game was translated by fans into English, Chinese, and many other languages. In 2008, NICALiS announced that it will collaborate with Daisuke Amaya to release Cave Story on the Nintendo WiiWare with updated graphics, music, and more in 2010.

Cave Story - talking Quote I guess I'll make this mod myself since it's just text edits, I might even don't have to give Quote a face pic The only problem is Quote's personality, but I'll make him sound like Megaman because they're both high-moral robots.(Not counting the part he left Curly to drown).

Cave Story's pixelated graphics resemble old NES and SNES games, and the gameplay brings back memories of classics such as Metroid, Castlevania, and Mega Man. One of the reason Cave Story was so well-received is because almost every aspect of the game was extremely polished, from its pixelated graphics to the level design, combined with an interesting cast of characters, simple yet memorable music, and a surprisingly detailed (and touching) story with multiple endings, all of which the result of a five-year labor of love by one man.

Gameplay:
Cave Story is an action/adventure platformer with some RPG elements, much like Metroid and Castlevania. Each level is composed of a large area that can be freely explored. The player can use different kinds of weapons, most of which can gain experience and level up (and if you lose health, the weapon looses experience and levels down). The control has a 'floaty' feel (such as when jumping), much like some of the 2D Mario games. In each level, the player needs to complete a certain set of objectives to further the storyline. There are many different items to collect, side stories to complete, as well as hidden plots and levels.
Story:
For a freeware, the game's story is surprisingly engaging (and sad). The game features a large cast of unique characters, from the robot who lost her memory, to the mad doctor, to the evil witch, to the cute, rabbit-like Mimiga. These characters help bring to life a tragic story that supports multiple endings depending on the player's action throughout the game. The fact that not all of the story and the game's world were explored helped encourage the fan community to produce numerous fan-made works such as fanfics and fanarts.
Graphic:
Not much to say here, look at the screenshots. The game's pixelated graphics make it seem like something that came from the SNES era. Despite having a low resolution of 320x240, the game world is quite detailed, and during battles the screen can get quite busy with moving objects, enemy characters, and special effects happening all at once.
Music:
Simple, 8-bit music. The game does a great job of playing the right music at the right time to enhance the overall mood of the story. Despite its simplicity, the music inspired many fan remixes, edits, and tribute albums, all of which serve to demonstrate the quality of the game's captivating music.

A brief overview of the story complete with screenshots. Obvious spoiler alert.