Calling a Lua Function in C. Calling a function defined in a Lua code it is pretty similar of getting a variable, but to execute the function you must check if it is a function on the top of the stack with luaisfunction and call it with luapcall. If it is successfully executed you have to remove from the stack with luapop(l, luagettop(l)).

From a running Cprogram, you can call a Lua script. The C program can pass arguments tothe Lua script, and the Lua script can pass back a return. The Luascript can serve to initialize the C program, or the Lua script caninstall a callback routine in the C program.
Calling a Lua script from a C program can be daunting without the rightinformation. Different computers have different names and locations forlibraries and include files, and it's difficult to figure out what'scausing compile/link problems.
Further complicating things is that with every major version of Lua,the method of calling Lua from C changes. Much documentation on theInternet is specific to Lua 5.0, and won't work on 5.1. Likewise, thisdocumentation is specific to 5.1, and when 5.2 comes out (it's alpharight now), the documentation on this page won't work on the newversion. 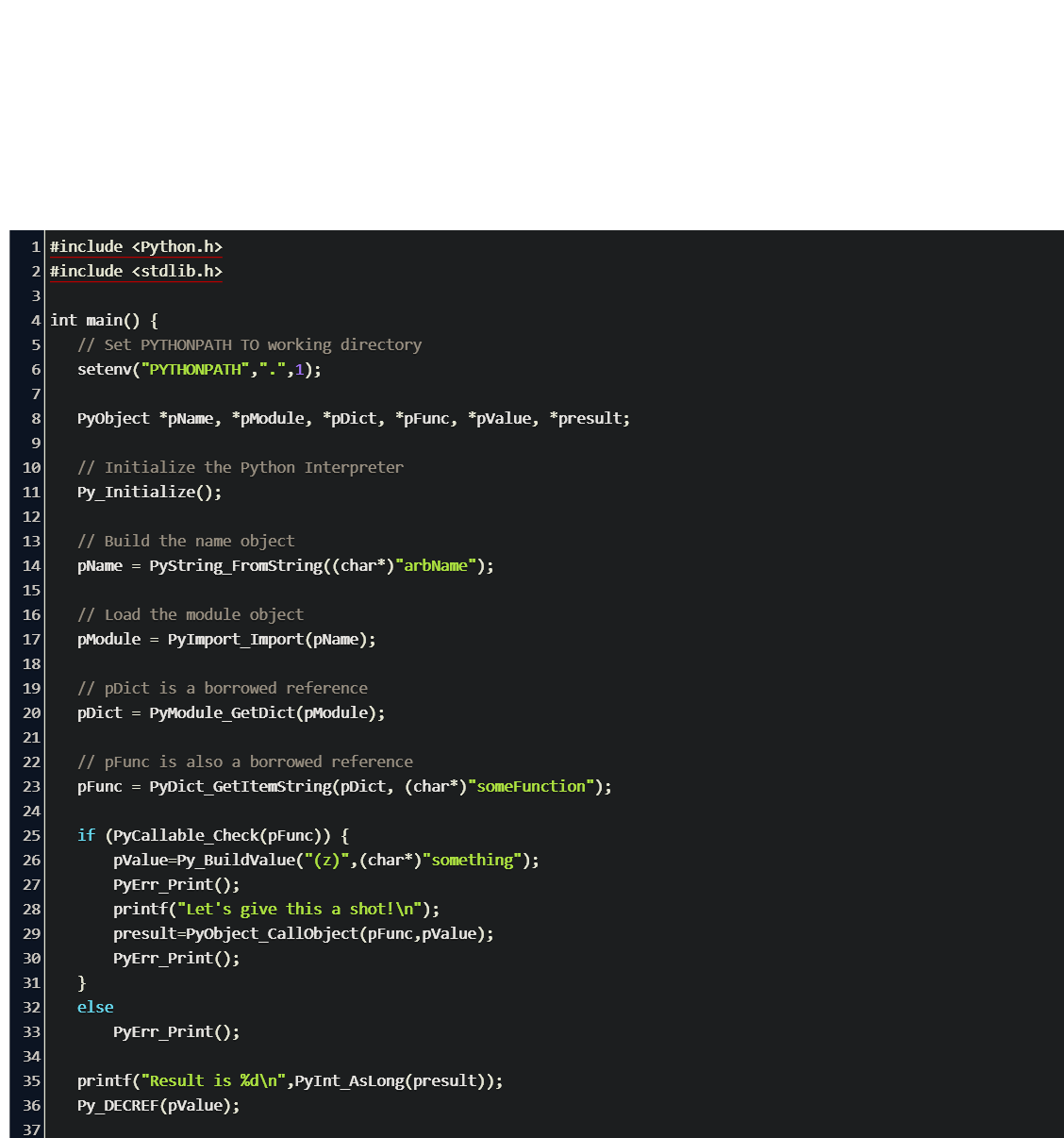 The purpose of this document is to make it easy for you to do simple Lua calls from C programs.
A typical interaction from a C program to a Lua 5.1 script looks something like this:

Always put these three header files at the top of any C program calling Lua:

Nothing is tougher than compiling and linking your first C to Luaprogram. There are way too many variables, it seems like everything's ablack box, and you run around changing things trial and error, crossingyour fingers.
But there's a method to the madness, and this subsection explains it.If you know all the content of this section, try not to be offended orinsulted -- the extra info is for those who don't know it yet.
Here's a typical command to compile it:
Let's break that down:

The Process of Finding the Right Compile Command

Finding the right compile command is a process that looks something like this:

Do this:
Notice that the -c means 'compile only, do not link'. Sometimes it'snot all that clear whether an error or warning comes from compile orlink, but it's very clear if you only compile. If the preceding commanddoesn't error out, skip to step 4. However, in my case it errored out:
On to step 2...

Step 2: Find the location of the Lua include files

The three Ubiquitous Lua include files are lua.h, lauxlib.h, and lualib.h. Use your Linux box's locate command to find lua.h after running updatedb to make sure that locate finds everything. Make sure that the directory with lua.h 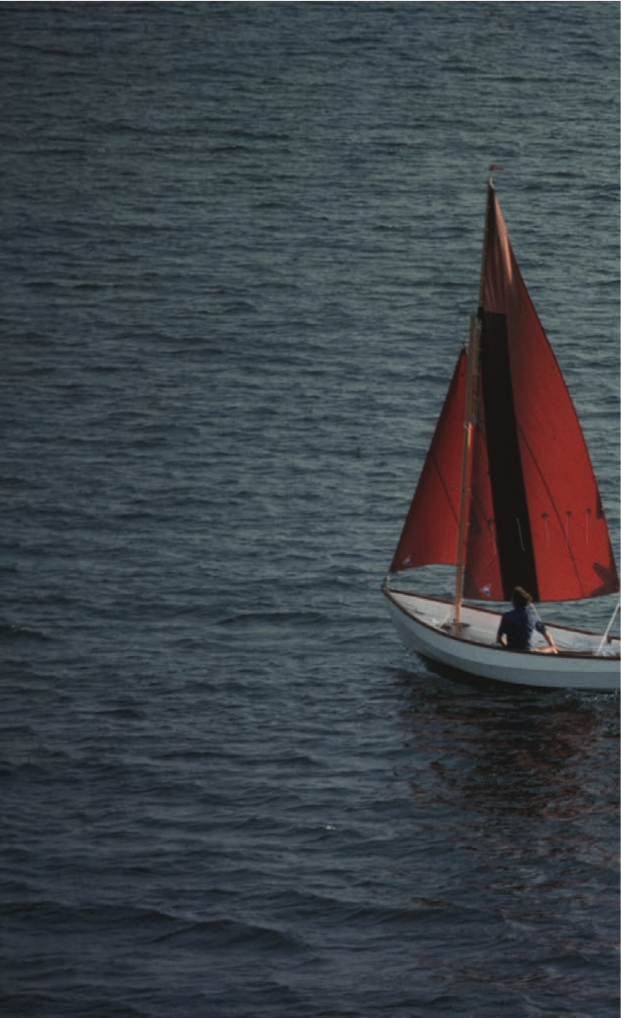 Step 3: Using that location, compile, no link, no -Wall

In my case the preceding worked:
If it hadn't worked, and you'd included all three header files in hello.c, and you're sure you got the additional include directory right, suspect wrong code in hello.c itself. If it doesn't produce errors or warnings, go on to the next step...

Step 5: Find the location and filenames of the Lua library files

First a word about how the -l compiler option works. The -loption assumes every library file starts with 'lib'. Therefore, insteadof making you type -lliblua, it makes you type -llua and then out ofthe goodness of its heart prepends lib before the lua. For instance, if you put -llua, that means that it searches for a file called liblua.a or liblua.o or liblua.so, etc. So you need to find the liblua.* files. Do it as follows:
Here's the partial result:
See the ones called liblua5.1.*? Those are the Lua libraries on my computer. So we have a pretty good idea that the -l argument should be lua5.1.We also know that they're located in /usr/lib, which probably isalready on the C compiler's library path, so we probably don't need a -L compiler option. If these files had been in /usr/lib/lua, we'd have needed an -L option.

Step 6: Using the location and filenames, compile and link

This step differs from step 4 in two ways:

Calling A C Function From Luang

Here we go...
It worked. If it hadn't, we'd have been forced to troubleshoot.

So let's run it:
You haven't seen the code for hello.c and helloscript.lua yet, but take it from me that the preceding output was exactly what it was supposed to do.

Here's how you build a C program that runs a Lua script:

You always include lua.h, lauxlib.h and lualib.h. You use the Linux locate command to find where those files are, and use that location in a -I compiler option. You always link with liblua, and you use locate commands to find where that library is, and use it in the -l compiler option and if its location isn't in a normal library directory, put its directory in a -L compiler option.
Getting Lua-calling C programs to compile and link can be difficult andfrustrating. To limit the difficulty and frustration, use this process:
Now it's time for your Hello World program.
Let's start with the one line Lua script itself. Call it helloscript.lua:
That's it, one line. Notice it doesn't have the #!/usr/bin/lua line on top. It doesn't have to because the C Lua interface has a built-in Lua interpreter which the lua_pcall() function invokes automatically.
So if you run the C program and see the text 'This is coming from lua.' you know you've succeded.
Next let's review the steps covered in the Anatomy of a Lua Call article:

Your Hello World program will implement all the above, in that same order, EXCEPT:
Also, we'll put in an error handler function called bail() just to make the code look more concise. We'll call this program hello.c. Here's the code:
As you can see, it's pretty much the same as discussed in the list ofsteps, except no args are passed into Lua and no return variables arepassed out.
Remembering the discussion from the Anatomy of a Lua Call article, compile and link it, troubleshooting as necessary. Here's how it compiles and links on my computer:
Do what's needed til it compiles no errors, no warnings, with the -Wall compiler option. Then run it. It should look like this:
Study the program. Everything should be pretty obvious except lua_pcall(),and that will be discussed later. Once you've gotten output like thepreceding and really understand what's going on (with the possibleexception of lua_pcall() details), it's time to continue...
Remember the program from the Hello World article did everything except these:
In this article we'll do all these things. By the time you're doneconstructing the code in this article, you'll have passedarguments, from Lua to a C subroutine, and have received backreturn values.

OK, let's start by calling a specific function in a Lua script. Create this callfuncscript.lua file:
Now, noting that most of it is from the Hello World article you've already read, create the following callfunc.c:
The only change over the Hello World code is a priming run and pushing the tellme() Lua function via the lua_getglobal() call. Note that the second lua_pcall() still has its second arg, number_of_args, of 0, because you're not sending an argument to the Lua function tellme().

The previous part of this article was written primarily to make sure you knew that to call a specific Lua function, you need to push that function on the stack with lua_getglobal(), and that you make sure to do a priming run, because without it you're in for hours of frustrating debugging and detour ridden RTFW.

Now take your callfuncscript.lua file and add a function called square, so the whole script looks like this:
And change callfunc.c to look like the following:
Be sure to notice the following things in the preceding C code:

A use case that happens often is the passing of tables to and from Luafunctions. How is that handled? There are a few idioms you see over andover again to make it happen. Before discussing the idioms, here's thecode:

Here's the Lua program. As you can see, function tweaktable receives atable argument, converts all values to upper case, counts the values,and puts all that info in a new table that's returned.

The C program is the same as all the others except stacking argumentsto Lua is a little different, and recovering the table passed back fromLua is a little different. The Lua tweaktable() function takes a tableas its one and only argument and passes back one table. It passes backa completely different table so there's absolutely no question of thechanges being made by reference to the args rather than passback.
Start by looking and running the code, and then we'll discuss some of the idioms that make it work...
The preceding code yields the following output:

You start by placing an empty table on the stack, and build it it onekey/value pair at a time. The way you place an empty table on the stackis with the following command:
The way you give the now stacked table a key/value pair is like this:
You can do that over and over again with different key/value pairs. Each time the numeric argument to lua_settable() is -3 because lua_settablepops the two stack items above it after incorporating them in itstable, so at its end it's at the same level that it was before youstacked the key and value.
Note that you might be stacking things other than literals. Here are the many pushers available:

Other functions push or at least put things on the stack, including:

And here are some poppers:

When a Lua function called from C returns ends it puts its returnvalues on the stack. When a return value is a table, retrieving thetable's elements isn't obvious. Assuming the Lua function returned onlyone thing and that thing is a table, then that table is at the stack'stop when it comes back to C. Here's how you access it:
In the preceding, you push a nil in order to make sure lua_next()starts with the first item. The reason you use -2 as an arg tolua_next() is because after you push the nil, the returned table is thesecond item down on the stack. On each iteration, lua_next() replacesthe existing key with the next one, and then pushes the next value ontop of it. Therefore to keep things in place you need one pop per cycle.