1 What is scope? 1.1 Out of scope and garbage collection 2 Local variables 2.1 File-local variables 2.2 Function-local variables 2.3 Block-local variables 3 Static Variables 4 Complex scope 5 Scope. Bounces uses Lua for live-coding iOS, tvOS, and MacOS applications. And if you are an  app developer, you are probably much more familiar with Swift or Objective-C than with the Lua language. The C API provides a method to push a ROTable reference direct to the Lua stack, but other than this, the Lua API to read ROTables and Tables is the same. We have now completely replaced the eLua implementation for Lua53, and this implementation has been back-ported to Lua51.

Welcome to the third part of these Lua 5.2 personal notes. If you have not yet, you may want to read my previous notes on running Lua 5.2 scripts from C++ or passing variables from Lua 5.2 to C++.

This new tutorial explains how to call C++ functions from Lua 5.2, including passing and receiving arguments from them. These notes are based on the Lua-User Wiki Sample Code and the Lua 5.2 Reference Manual, as usual, and on the tutorial by Christian Stigen Larsen.

First, I will show you some code (in Lua and C++) and the execution output. Afterwards comes the details of the most difficult parts. 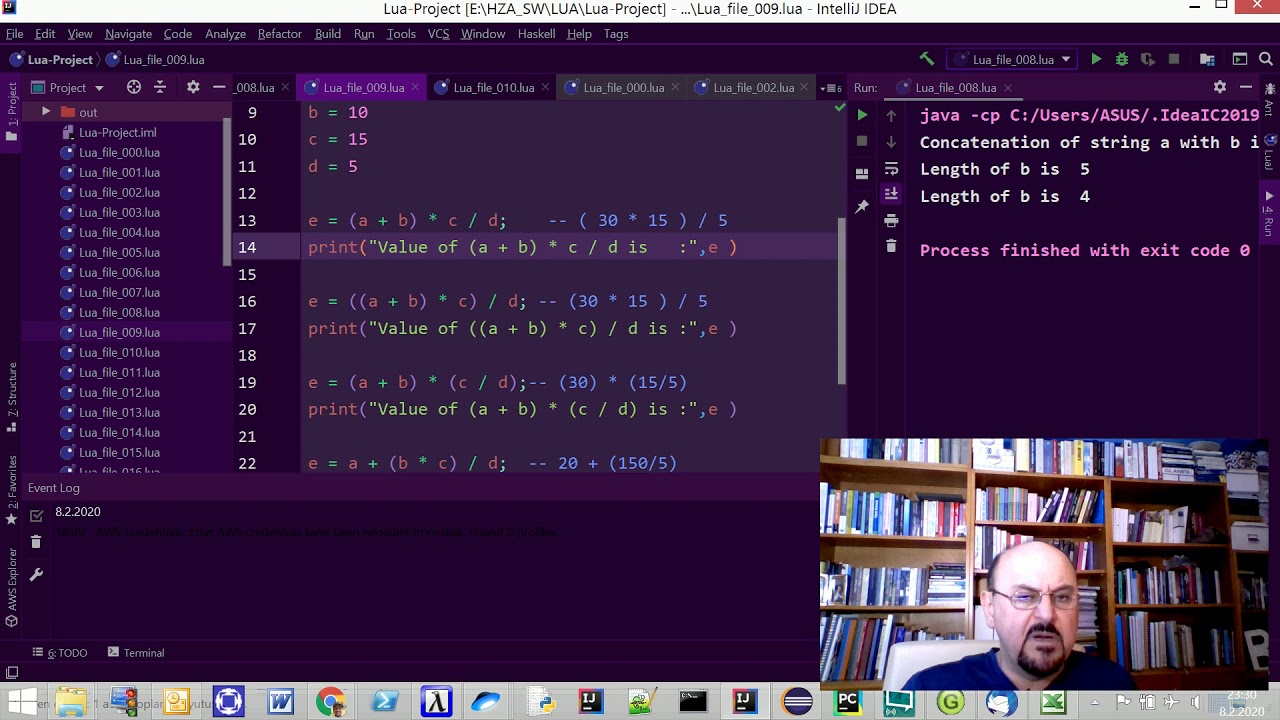 The Lua script will just call a C++ function with some input arguments, and then will receive and print two output arguments. The code looks like this:

The C++ code is almost exactly the same as in the previous tutorial. The only differences are the declaration and pushing of the function that Lua will call. The whole code is:

Lua functions are first-class values. This means that they can be treated as conventional values, in particular, they can be stored in variables. Thus, one can pass a function to Lua by simply pushing the value to the Lua stack and making its name global:

Lua will be able to access displayLuaFunction() from its global name “displayLuaFunction”. Also, there is a macro, lua_register(), that allows writing these two steps in one sentence. Instead of the previous code, one might have coded it as:

(my thanks to kpityu for pointing this out in the comments).

In order C++ functions to communicate properly with Lua, they must follow some rules. The first one is its signature, which has to be consistent with the type defined by lua_CFcuntion:

i. e., the function must return an integer and only accept one input argument of type pointer-to lua_state.

The second rule is just a protocolto follow for input/output function argument interchange between Lua and C++. As you may have guessed, all this passing of variables is done via the Lua stack. When a C++ function is called from Lua, for example

and the input arguments can be accessed directly from the stack:

Notice that the order in the stack is the same as in the function call, hence, the first element popped is actually the last input argument. Since initially the only elements of the stack are the input arguments, you may access a given index by directly pointing to it. For instance, for the second input argument can be converted to a string — having checked the stack has at least two elements — by this statement:

Once the function has finished, the return values must be placed in the stack so Lua can reach them:

The final part is to return the number of variables pushed to the stack that we want Lua to see as the C++ function return value:

And that is it!

With this we have covered the basic protocol for creating new C++ functions that are Lua compatible. In case you want more examples you can check the Lua libraries, which are made of C++ functions following these rules.

Are Lua And C The Same Girl

Read the next tutorial!